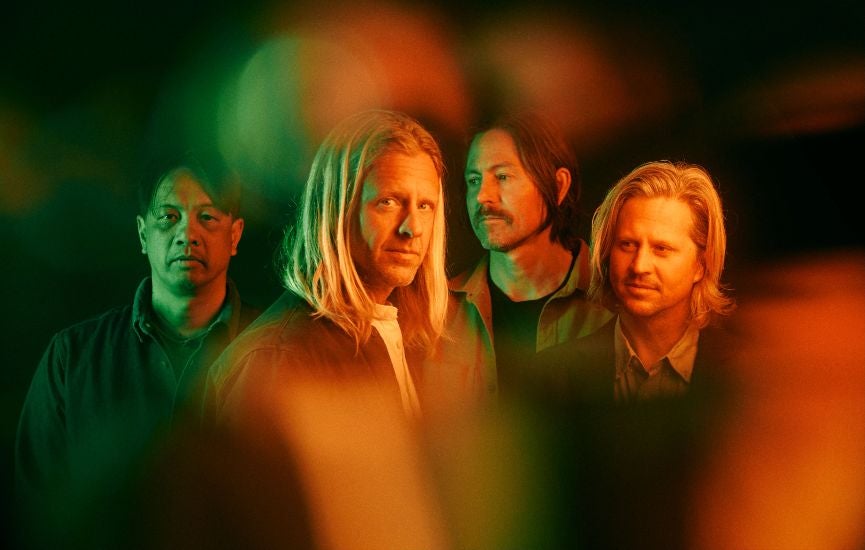 Switchfoot - This Is Our Christmas Tour

The Southern California-based Christian rock band Switchfoot never thought their music would reach tens of thousands of fans worldwide—or that it would propel them to fame. It just worked out that way.

Wanting to express his feelings and spirituality, singer/songwriter Jonathan Foreman formed Switchfoot with his brother, bassist Tim Foreman, in 1996 while the two were attending the University of California, San Diego. A year later, the pair was joined by their mutual friend, drummer Chad Butler. After playing only 20 gigs together the trio signed with the Christian re:Think record label and released their debut album, Legend of Chin. Their alternative rock/pop blend and insightful, Christian-inflected lyrics have catapulted the band to the top of the charts and earned them a place among top rock acts of the early millennium. Keyboardist/backing vocalist Jerome Fontamillas joined the lineup in 2000.

Avid surfers from childhood, brothers Jon and turned to the sport when it came time to choose a name for their band. Switchfooting, Jon explained on the Jesus Freak Hideout website in 2000, "means to take a new stance facing the opposite direction." They chose the term to express the band's philosophy, he continued, because "[i]t's about change and movement, a different way of approaching life and music." Jon, who plays lead guitar for the group, is also its sole songwriter. In addition to surfing, attending school and playing in the band, the boys held odd jobs—Jon worked as a sound-company employee, Tim worked in coffee shop, Chad was a surfing instructor, and Jerome milked cows.

After spending seven years on smaller Christian labels and being marketed solely as a Christian rock band, Switchfoot was ready for a change. "We're Christian by faith, not genre," Tim told Rolling Stone in September of 2003. Standing by their word, the band's sophomore effort, New Way to Be Human broke musical barriers and the won fans for the band across the musical spectrum. The title track won a Dove Award for Song of the Year in 1999 and other songs from the album were featured on teenage dramas such as Dawson's Creek, Popular, Jack and Jill, Felicity, Party of Five, and Time of Your Life. The band also made a cameo appearance in the made-for-TV film, Kiss Tomorrow Goodbye in 2001, which also featured two of their songs.

With their lineup complete, Switchfoot recorded their third album, Learning to Breathe, in 2000, which earned the group their first Grammy nomination and won two San Diego Music Awards that same year. In 2002 Switchfoot contributed a handful of songs to the soundtrack for the film A Walk to Remember, including a duet by actress/singer Mandy Moore and Jon Foreman.

Switchfoot released their best-and fastest-selling album to date, Beautiful Letdown in 2003 on Columbia/RED Ink. Unlike most bands with a major label deal, the band had complete creative control over the album because it was written and recorded it independently (the preproduction was done in Jon's bedroom) before it was purchased by Columbia. It was produced by John Fields (who has worked with artist Andrew W.K.) and mixed by Chris Lord-Alge (Goo Goo Dolls and Michelle Branch), Tom Lord-Alge (Blink-182, Rolling Stones), and Jack Joseph Puig (John Mayer, No Doubt).